Lockhart – A City on the Rise!

Lockhart – A City on the Rise!

Lockhart, which is located in Caldwell County, is one of the fastest-growing cities in Texas. The city saw its population increase by 18.9% in the most recent census and has been steadily growing at a rate of over 2.2% annually. From its affordability and close proximity to Austin, to its well-earned reputation as the “BBQ Capital of Texas,” many factors play into Lockhart’s rapid growth and popularity. Keep on reading to find out what has contributed to Lockhart’s meteoric growth and why it is a perfect choice for visitors, businesses, and residents alike.

Lockhart Is Affordable and Close to Austin 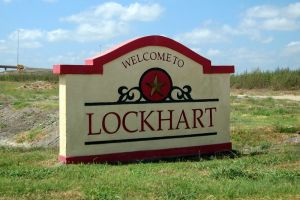 For several years now, Austin’s expanding economy and increasing popularity has driven a steady influx of new residents into the metroplex. This rapid expansion has placed significant demands on the city’s infrastructure, including housing. As a result, the median price for a residential home in Austin increased 22% year over year, to a staggering $624,000 as of March 2022! As a result, many people have begun looking outside the Austin area for their housing needs.

Lockhart – which sits just 30 miles south of downtown Austin and can be easily accessed via SH 130 and HWY 183 – has become a popular choice for many who work in and around the Austin area. Indeed, since 2010, Lockhart has recorded a population increase of over 18% and expects to welcome over ten thousand new residents within the next 5 years. Despite its strong growth numbers, the median home value in Lockhart is significantly lower than Austin, at only $340,000.

Lockhart’s affordable housing, as well as its proximity to Austin, San Antonio and Houston, has made the city an attractive location not only for families, but also for businesses.

Major Companies Have Targeted the Lockhart Area for Growth 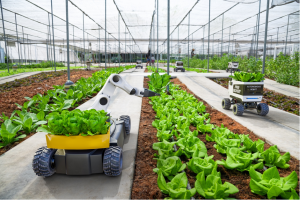 With Lockhart’s growing popularity and lower cost of living, many companies have also decided to move or expand their businesses into the area.

One of the newest companies to set down “roots” in Lockhart is Iron Ox – a Silicon-Valley based start-up that uses AI-enabled, fully autonomous technology to develop fresher, more consistent produce. The company’s futuristic farming concept employs robots instead of humans to carefully cultivate leafy greens, herbs, and berries in controlled greenhouse environments. According to the company’s website, its automated system uses 90% less water compared to traditional farming and yields 30 times more crops per acre of land.

Another “sweet” addition to the Lockhart landscape is the Hershey Creamery Company, also known as Hershey’s Ice Cream. The creamery, which was founded in 1894 and is based in Harrisburg, Pennsylvania, produces ice cream, sorbet, sherbet, frozen yogurt, and other frozen desserts. In 2021, the company bought seven acres of land in Lockhart to build a 20,000 square-foot distribution center that will serve Central and South Texas.

Chem-Energy Corp. – a California-based petroleum trading firm and energy company – also announced plans late last year to invest $1.15 billion in solar power and battery facilities just west of Lockhart. Officials have hailed it as the largest-ever economic development project (in terms of capital expenditure) for the region south of Austin.

And speaking of batteries and “large capital expenditures,” we would be remiss if we failed to mention Tesla, with its new Gigafactory and global headquarters located just up the road on SH 130. 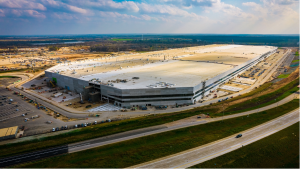 The facility’s close proximity to Lockhart has already made a huge impact, driving up the demand for residential and commercial real estate in the area. 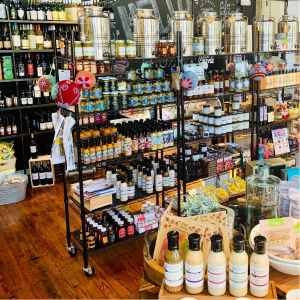 Small businesses, restaurants, and bars have also set their sights on Lockhart. One notable addition to the town’s main square is The Culinary Room – a gourmet food market started by two business partners who decided to move their business from Austin to Lockhart. The owners cited Austin’s skyrocketing rents as one of the main reasons for the move. Since moving to town, the shop has gained a loyal following, which is no surprise given their incredible array of gourmet foods, grab-and-go chef-prepared meals, and daily baked goods. But The Culinary Room is perhaps best known for its famous “Banana Pudding By-The-Scoop.” The dessert is so popular that the shop’s “mascot” is an eye-catching statue meant to entice passers-by with a giant cup of the heavenly treat. 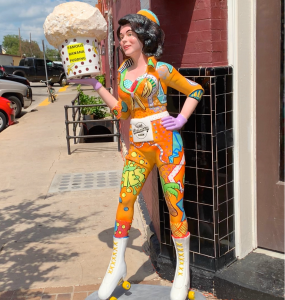 The statue’s name? Why, Banana Barbara, of course!

Other new additions to the Lockhart “scene” include:

Little Trouble – Located in the historic 1898 Brock Building in downtown Lockhart, this subterranean bar and restaurant serves up unique and ever-changing culinary dishes. Owned and operated by Chef Casey Wilcox, the whimsical décor and uber-creative food and drink menu gives one the sense of dining in downtown Austin as opposed to downtown Lockhart.

Old Pal Bar – This self-proclaimed “icehouse, fried chicken joint, and purveyor of Honky Tonk Music” is the brainchild of Travis Tober, who also owns Nickel City (Austin and Forth Worth). Overseeing the menu is consulting chef Rich Reimbolt, who is also the Executive Chef of Austin’s Better Half. In addition to fried chicken, OPB offers mouthwatering “beer can roasted” chicken, delicious smash burgers and sandwiches, and hearty salads, along with “the coldest beer in Texas.” 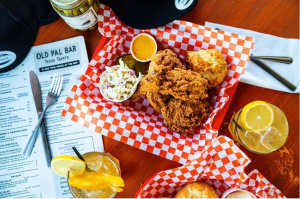 Market Street Cafe – This cafe and restaurant was started by chefs Sutton & Shelby VanGunten. Chef Sutton previously worked with a French Master Chef and spent five years at Whole Foods Market as well as five years owning and operating Gonzo Juice in Austin. Pastry Chef Shelby is a phenomenal craftsman in her own right, making fresh sourdough every week from her family’s 30-year-old starter. Together, the pair curate a diverse and delicious menu that changes daily. The couple also recently expanded their culinary empire with a soup and sandwich shop off Park Rd. (Market Street Deli) as well as a seasonal ice cream shop downtown (Scoops on the Square).

Loop & Lil’s Pizza – This relative newcomer to the Lockhart square offers much more than its name suggests. In addition to incredible hand-tossed pizzas, this family-style restaurant serves up fresh salads, hot sandwiches (including heavenly calzones and strombolis), tasty desserts, and Texas craft beer, along with other wines and spirits.

Chapparal – This former coffee bar has recently evolved into a “bodega style” shop, offering pre-made sandwiches, deli meats and cheeses, local eggs, and other pantry staples. And, yes, you can still grab your coffee, espresso and other beverages here as well!

Lockhart is Also Known As “The BBQ Capital of Texas” … And for Good Reason!

In 1999, the Texas Legislature officially proclaimed Lockhart “The Barbecue Capital of Texas.” And whether you’re a long-time resident or simply passing through, it seems that folks just can’t get enough of the city’s superb selection of smoked meats! And while there are several great options, the city’s most famous BBQ joints include: 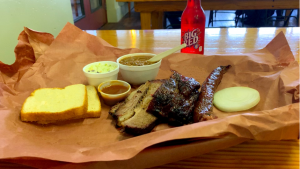 Kreuz Market – This stalwart of the Lockhart BBQ scene (and Texas Monthly “Top 50 BBQ Joint”) was famous for its pledge to never offer sauce or forks with its ‘cue, claiming that the meat should be served (and consumed) “naturally.” However, in 2018, the restaurant was forced to change its policy after out-of-towners repeatedly complained about the lack of forks. Faced with this change, owner Keith Schmidt decided to start offering barbecue sauce as well. No matter how you enjoy it, the flavor of Kreuz’s BBQ is second to none! Interestingly, the restaurant traces its history back to 1875, and was originally located in the same spot as Smitty’s Market today. For details on how the restaurant ended up in its current location, check out this article. Trust me, it’s worth a read and will make you appreciate just how die-hard folks are about their BBQ in these parts (ceremonial coal-dragging, anyone?)!

Smitty’s Market – As mentioned above, Smitty’s is another BBQ icon in Lockhart. The restaurant, which traces its history back to 1948, has also been recognized as a “Top 50 BBQ Joint” by Texas Monthly. The menu includes lip-smacking brisket, pork chops, sausage, prime rib, and smoked turkey breast along with a variety of sides and beverages. And be sure to save room for a scoop (or two) of Blue Bell Ice Cream for dessert!

The Lockhart Area Is Also a Frequent Destination for Movie Makers 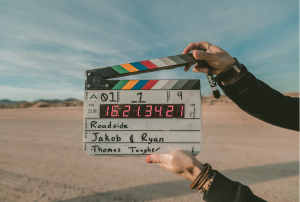 So, the next time you’re in town, be sure keep an eye out – that person you spot across the street who “looks just like the actor from ….” might very well be!

In this video I introduce you to some of the people and places that make Lockhart truly unique. Be sure to check them out the next time you’re in town – you’ll be glad you did. And who knows, you might just end up falling in love with this city on the rise!